A couple of weeks ago I had to say goodbye to my beautiful heart rat Mog.  She’d been suffering with a pituitary tumour for a little while, and though we tried every treatment available, it unfortunately got too much for her and she had to be put to sleep.  I was absolutely heartbroken and I still miss her like mad, as does her sister Miggley, who was left alone.

Rats are very sociable animals and aren’t supposed to live singly, which left us with no choice but to get her some cagemates!  After contacting many breeders all over the Midlands, I eventually managed to find two young females from Destiny Rats.  After a week of waiting, last weekend we finally got to collect our new babies, and here they are… 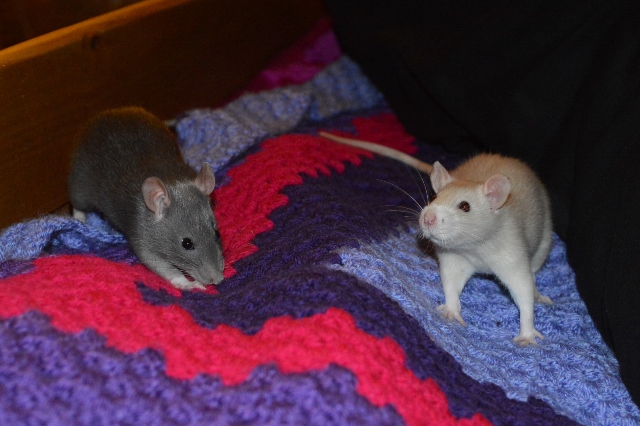 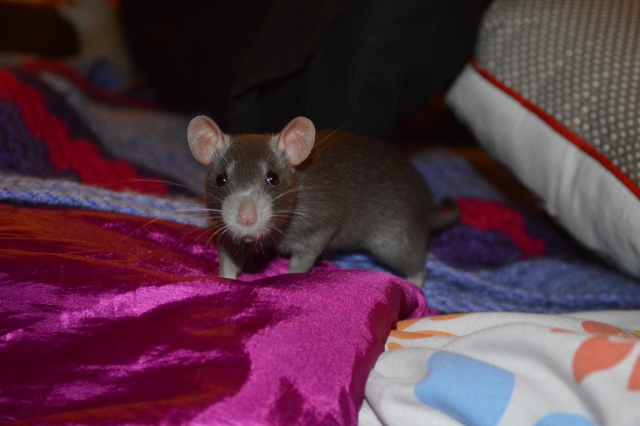 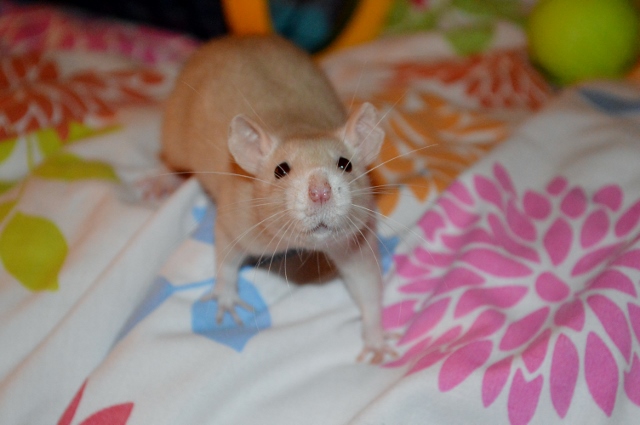 Heather is a Russian Blue Berkshire, and Mabel is a Buff Berkshire, and they are both now nine weeks old, and so, so soft and cute!  As they were handled from a very young age by the breeder and her family, they are both incredibly friendly and loving, and we get mobbed every time we go up to their cage. 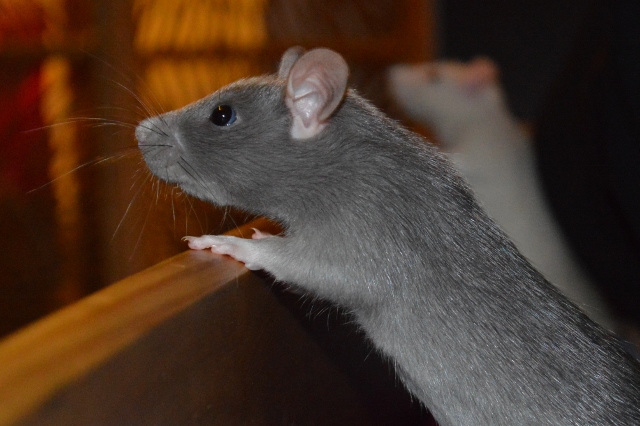 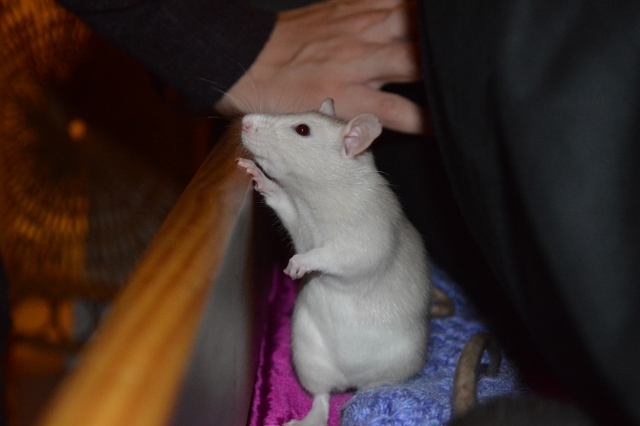 We have only just started the introduction process with the two girls and Miggley, so they haven’t met properly yet, but they are very curious about each other from afar.  They will gradually be introduced over the next couple of weeks, and eventually they will all be living together in one big cage.  Hopefully they’ll all get along fine!

I plan on blogging about how the introduction goes, so check back soon for an update.