0
by Naomi in Nails 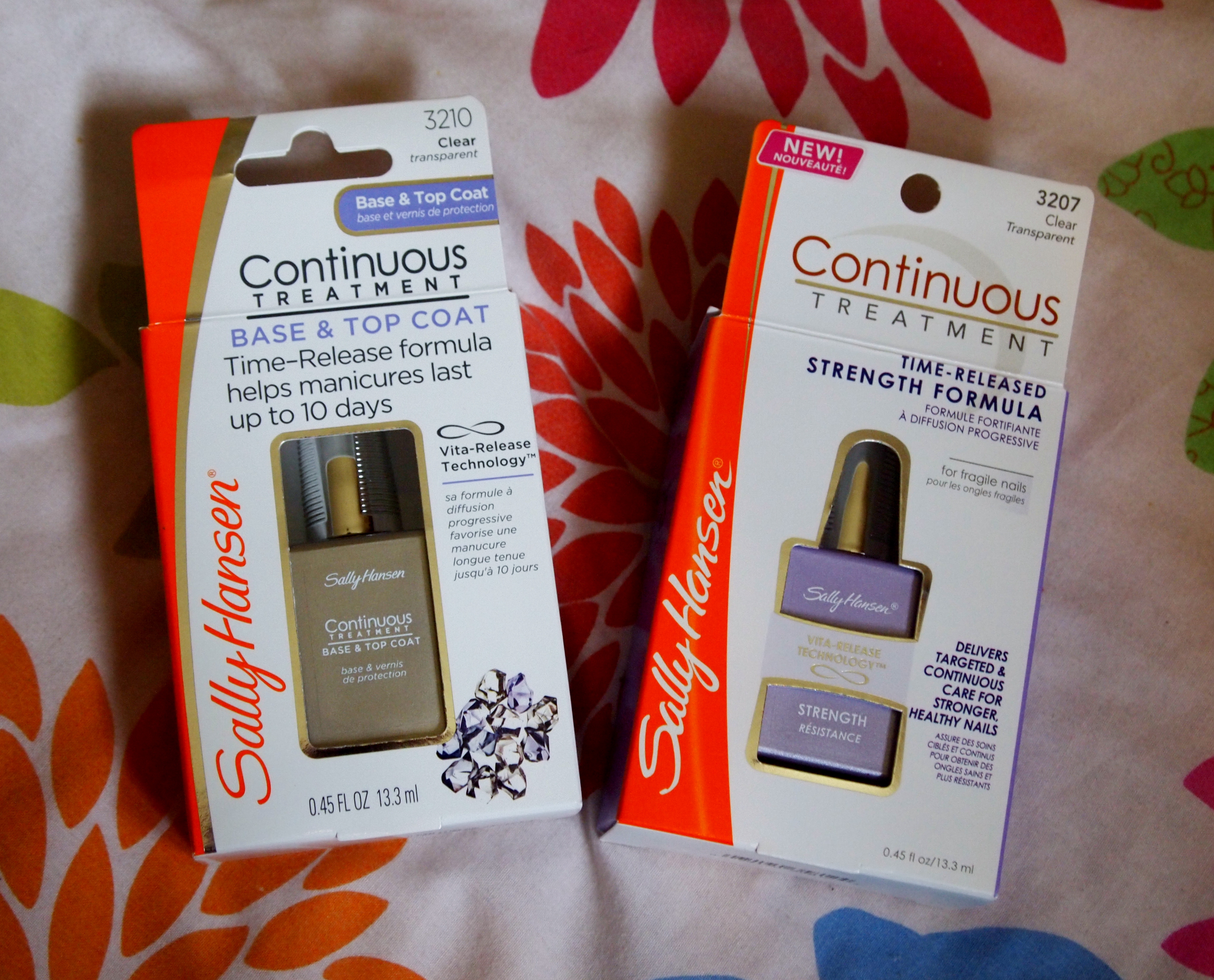 Just a heads up to my UK readers who might like a bargain or two…  I recently discovered that B&M Stores are an unlikely place to find branded beauty products on a budget.  It’s the kind of shop you expect to just sell furniture and garden stuff, but the one near me has a whole aisle of cut price cosmetics and toiletries.  I went for a browse on Sunday and I picked up these two Sally Hansen Continuous Treatments for only £1.49 each!  I’ve seen them retail in other shops for a lot more, sometimes around £6-£7, so you’re really saving quite a bit.  I got the Base & Top Coat and the Time-Released Strength Formula.  I’ve only tried the Strength Formula so far (and so far, so good!) but I’ll be reviewing both once I’ve given them a good go.  I spotted several other brands in the shop too, including Maybelline, Nivea, Garnier and Lypsyl… You just have to keep an eye out!